The illusion of movement of sound  is an important parameter in all the sound works I make. After showing site-specific sound installations for several years (see older sound works), I became interested in showing the same sound installation in different types of spaces. Probably this idea finds its origin in my practice as a painter. A painting can be placed in different rooms and different light but will contain a certain amount of similarity. I was looking for a same kind of containment for the sound fields I designed for the installations.  so I decided to design modular sound systems that could easily adapt to different spaces and at the same time could save the structure of the sound movements.

At the moment I am developing four sound installations : 1 SPHERICALS, 2TUBES 3 ACOUSTICALS, 4 CUBICALS

1 SPHERICALS: A variabel three dimensional grid of spherical speakermodules hanging from the ceiling in a space.

In this system the speaker module is a black sphere hanging in space on a black speaker cable. The spakers can be hang at three or seven different levels in a equilateral triangular grid . The amount of speakermodules may vary. 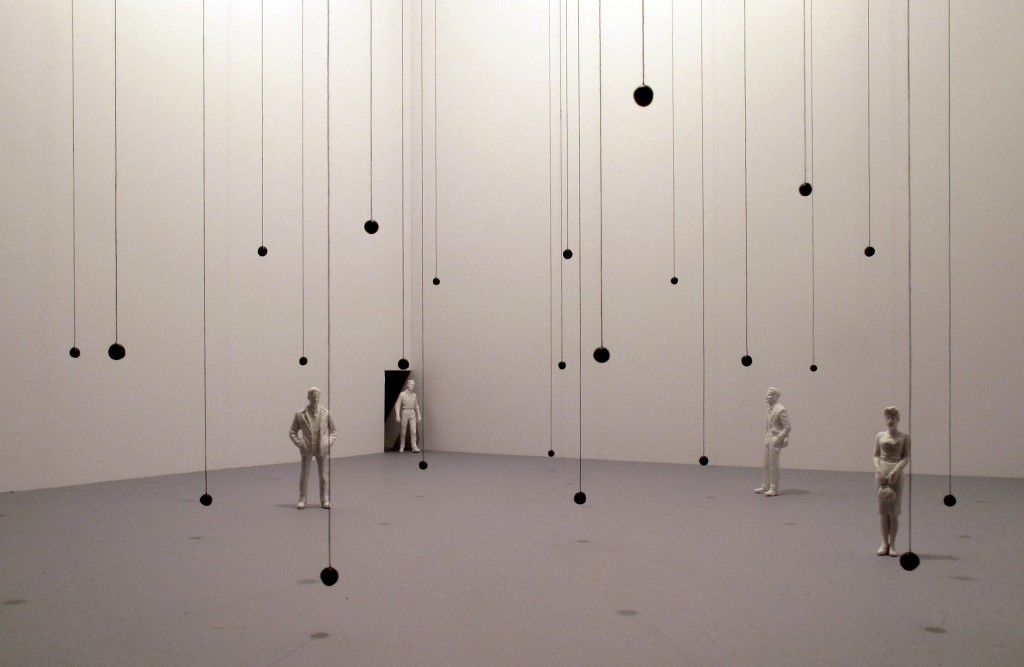 2 TUBES: an offspring of SPHERICALS ment to be used in more intimate smaller places 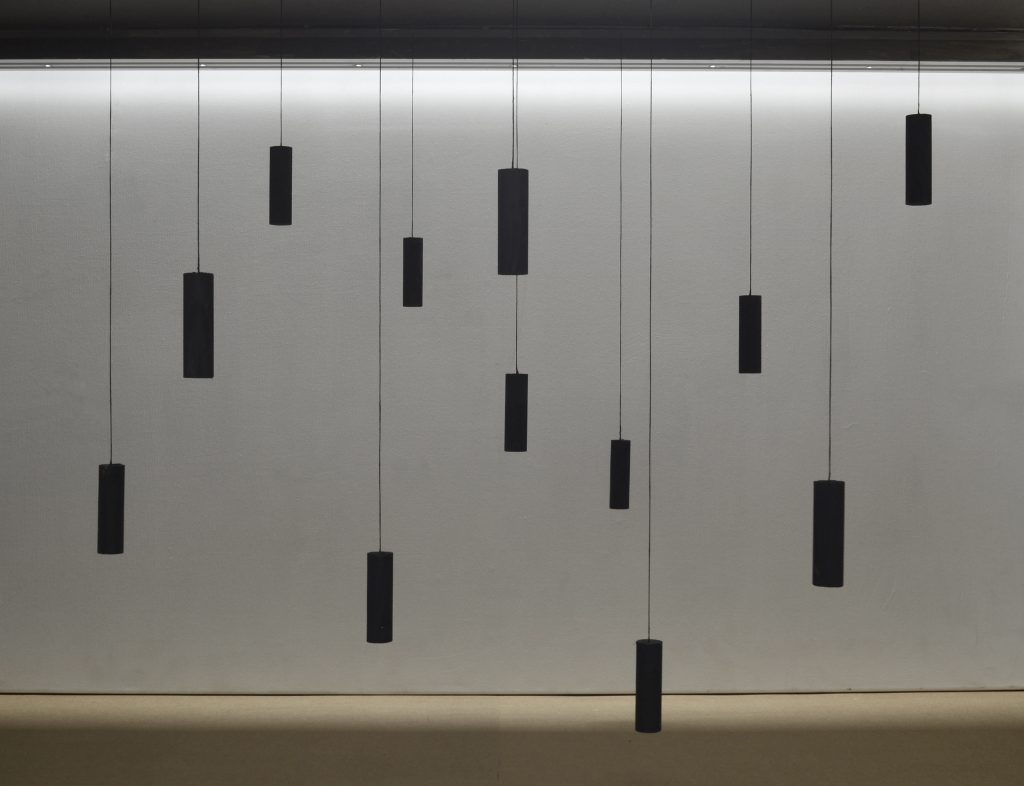 3 ACOUSTICALS: white disks facing the building. The space as a reflector of sound.

In this system the speaker module is flat and round and the speaker is directed to the ceiling, wall or floor of a space. The modules are placed in an equilateral triangular grid. Can be set up inside or outside a building. The amount of speakemodules may vary. 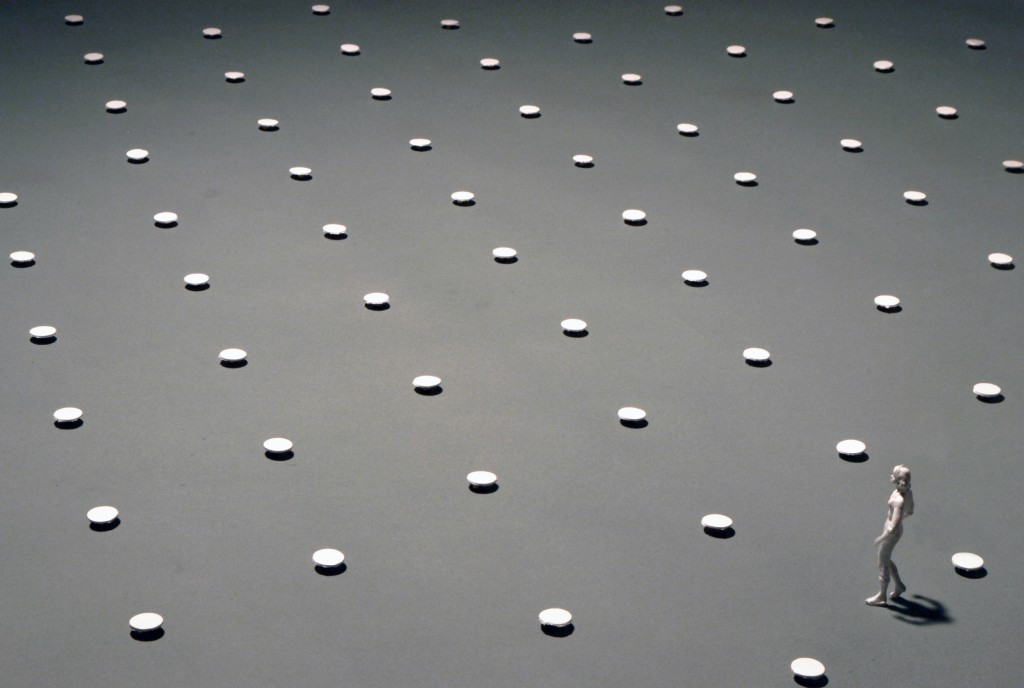 3 CUBICLES: A rigid architectonial structure in space with the speakers placed in the corners.

Size of the structure may vary . Can be set up inside or outside a building 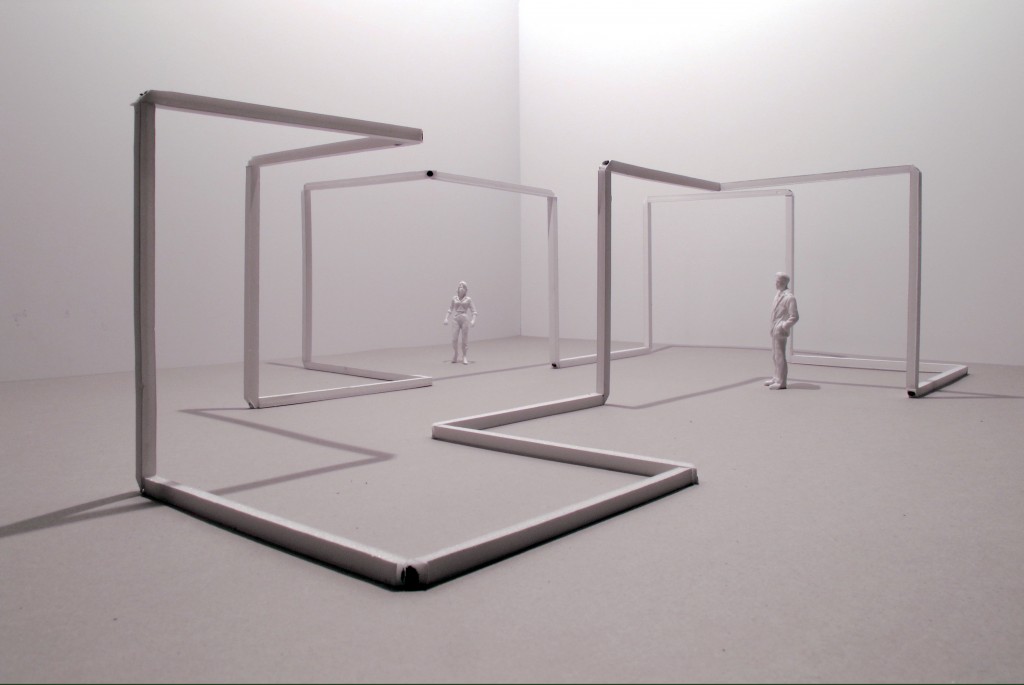 The audio tracks below are stereo down mixes of two sound fields I made. The original sound fields are made for up to 24 speakers and recorded for ten hours each on a multitrack recorder.

The video’s below are showing filmed models or already realized installations. Note that the special spatial quality of moving sound in a sound field is impossible to capture on stereo or even surround audio formats.